For the U.S., the adjustment means that starting in 2021, it will be paying $150 million less for NATO's annual $2.5 billion maintenance than the approximately $550 million it currently contributes.

But those savings pale in comparison to what has been — despite Trump's frequent criticism of NATO's cost-sharing formula — a sizeable increase in U.S. outlays for military operations in Europe since he took office.

Most of that jump in spending was on the European Deterrence Initiative, an effort to strengthen U.S. military forces in Europe begun by the Obama administration inresponse to Russia's 2014 annexation of Crimea and continued backing of pro-Russia separatists in Ukraine.

During the first three years of that effort, originally known as the European Reassurance Initiative, the Obama administration dedicated about $5.2 billion to building up the American military presence in Europe.
Click to expand...

Per this NPR article, that increase was earmarked for Ukraine, further crushing the fake news narrative that Trump was acting on behalf of Putin.
K

The list of military construction projects the Trump administration is defunding to pay for its controversial border wall includes more than $770 million from an initiative started by the Obama administration to shore up European defense after Russia’s invasion of Ukraine in 2014. 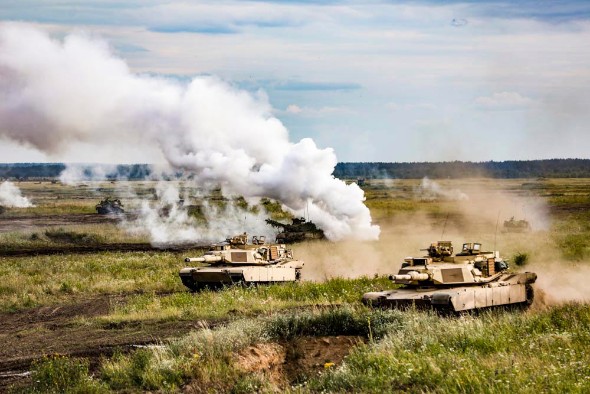 The Trump administration is taking $770 million from the European Deterrence Initiative, a program created to shore up European defense after Russia's invasion of Ukraine in 2014. 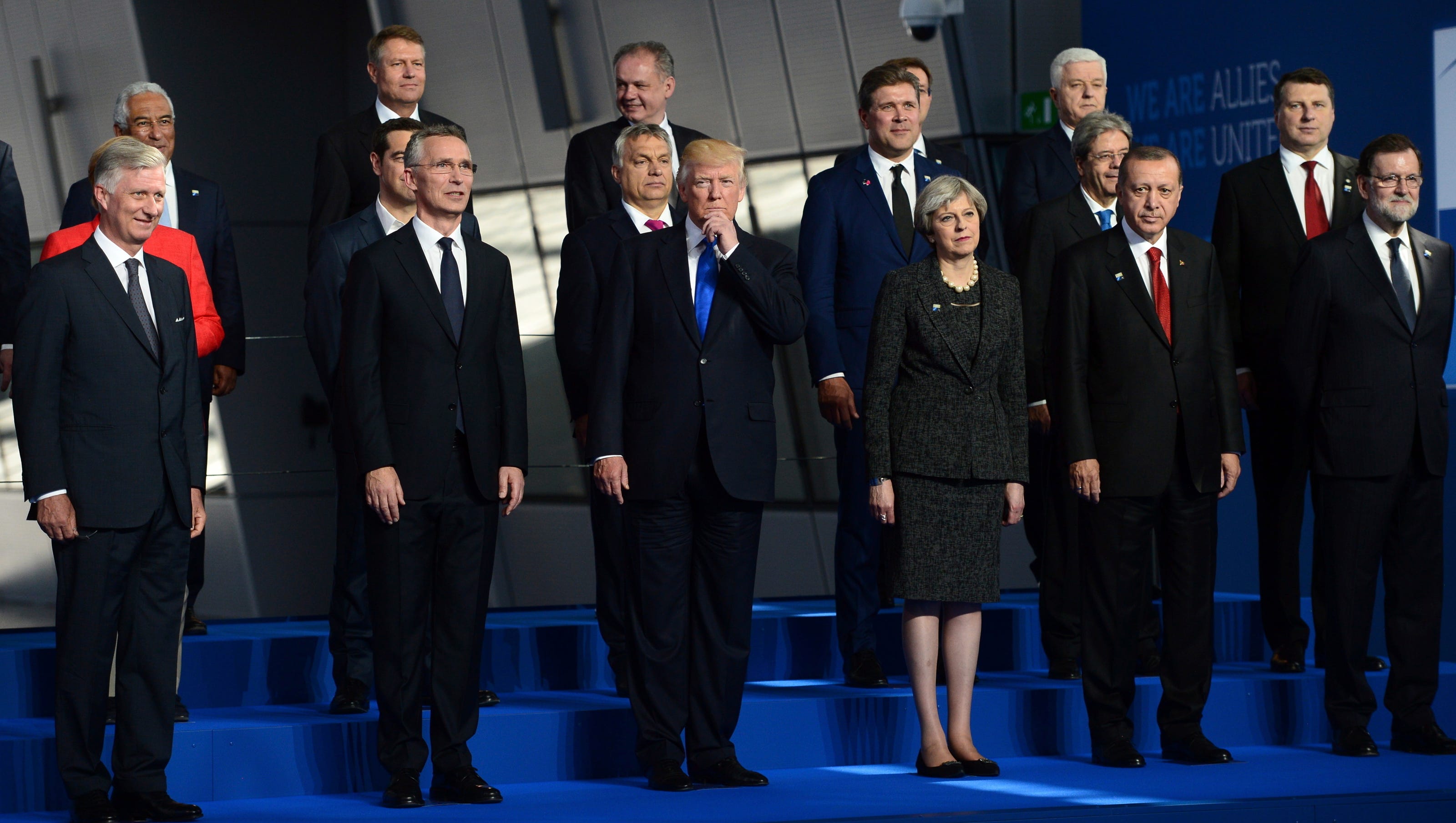 In a tweet and a speech before leaving for home Saturday, he said that thanks to him, money is “starting to pour into NATO,” which it isn’t.
www.usatoday.com
I

Yeah, but Donny now says Putin wouldn't have invaded if he was still president, so it must be true. After all, what's the defence of european liberty worth when you can build a few miles of almost useless border wall instead. Border walls get lots of votes. Defending against a potential future Russian attack doesn't get nearly so many until the attack actually happens.

Schism said:
Per this NPR article, that increase was earmarked for Ukraine, further crushing the fake news narrative that Trump was acting on behalf of Putin.
Click to expand...

TDS is a serious mental disorder, and all those that have it should be locked up in institutions along with those that had ODS and currently suffering from BDS.

To anybody that looks at facts without the moron blinders, and have the memory of a gnat.

In 2017, he also supported and signed the Countering America's Adversaries Through Sanctions Act (CAATS). This added a lot more sanctions against Russia for what they did years earlier in the Crimea, as well as put forward more actions that could be taken in the future. A lot of people do not seem to realize that the US sanctions against Russia are being enacted so quickly because of a Law that Trump signed that set that up to happen if needed.

He actually was rather smart in how he suggested it be set up. And part of it was the increasing level of sanctions that could be quickly imposed without the need to go through the entire Congressional BS each time the President thought they were needed. By signing an Executive Order they can be appended to this law. And it will take Congress to them remove them afterwards with the agreement of the President.

Funny, how after the Crimea Invasion of 2014, the prior President only did what always happens. Put on some sanctions that meant little, and only lasted for a year or so until they expired. The framework of CAATS is very different, and it was drafted because he was not happy with how countries like Russia, Iran, and North Korea largely laugh at any sanctions the US tries to use.

And I chuckle each time I hear about this Trump Law being used to sever more and more of the Russian financial and industrial ties to the US, and wonder what moron could believe that he supports Russia.

Other than mental disorder. I never did like him, but I am not so pathological that I see him as the enemy of everything.

Oh, and another fun fact that so many seem to have forgotten.

Russia wanted to build another gas pipeline to Germany, and there were many issues over it. Including the expiring sanctions because of Crimea, as well as the pipeline was going to cut through many WWII era gravesites.

So in 2019, he enacted more sanctions against Russia, and signed an Executive Order that forbid any US companies from participating in the construction of the pipeline. He also put into place that sanctions would be enacted against any European companies that assisted on the pipeline. As in, if they did so they would be forever barred from working on US projects.

And guess what happened in May of 2021? President Biden removed those sanctions, as well as any sanctions on companies there would build it. And we considering removing the prohibition that would keep US companies form working on the pipeline.

Funny, how those pesky things as facts keep coming up, when people actually have a memory, and do not flush every little thing as soon as it happens.

President Donald Trump has signed a law that will impose sanctions on any firm that helps Russia's state-owned gas company, Gazprom, finish a pipeline into the European Union.
The sanctions target firms building Nord Stream 2, an undersea pipeline that will allow Russia to increase gas exports to Germany.
The US considers the project a security risk to Europe.
Both Russia and the EU have strongly condemned the US sanctions.
Congress voted through the measures as part of a defence bill last week and the legislation, which described the pipeline as a "tool of coercion", was signed off by Mr Trump on Friday.


Why is the US against the pipeline?​

The almost $11bn (£8.4bn) Nord Stream 2 project has infuriated the US, with both Republican and Democratic lawmakers opposing it.

The Trump administration fears the pipeline will tighten Russia's grip over Europe's energy supply and reduce its own share of the lucrative European market for American liquefied natural gas.

President Trump has said the 1,225km (760-mile) pipeline, owned by Russia's Gazprom, could turn Germany into a "hostage of Russia".
The US sanctions have angered Russia and the European Union, which says it should be able to decide its own energy policies.
Click to expand... 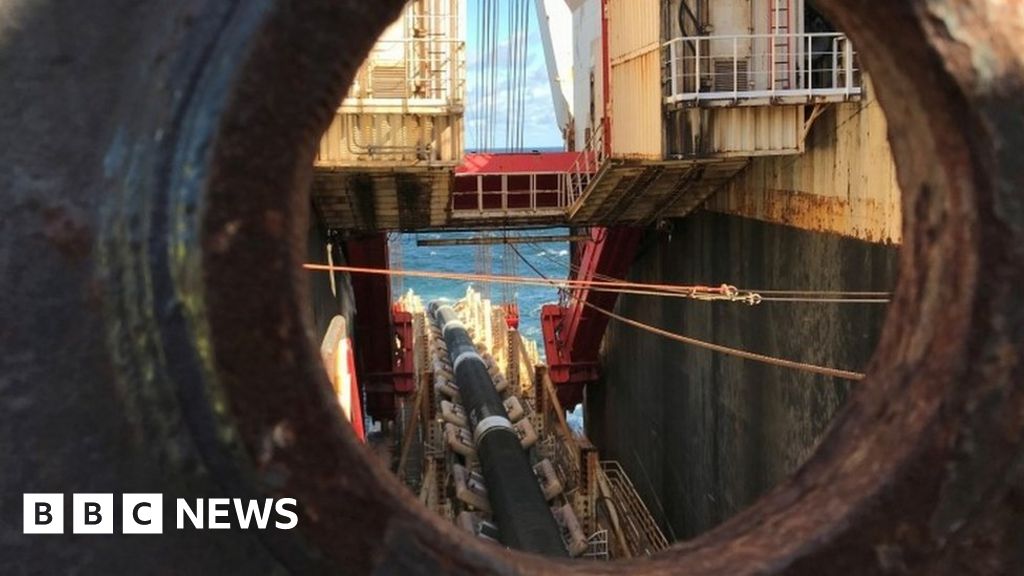 Funny, wanna bet nobody in the media will admit to that? I actually learned that from Sky News, none of the US "news companies" thought that was worth mentioning. They were too busy screaming how Trump and Putin were in bed together.
You must log in or register to reply here.
Share:
Facebook Twitter Reddit WhatsApp Share Link
Top Bottom