‘Either we win or we die.’ Ukrainians join resistance to fight Putin 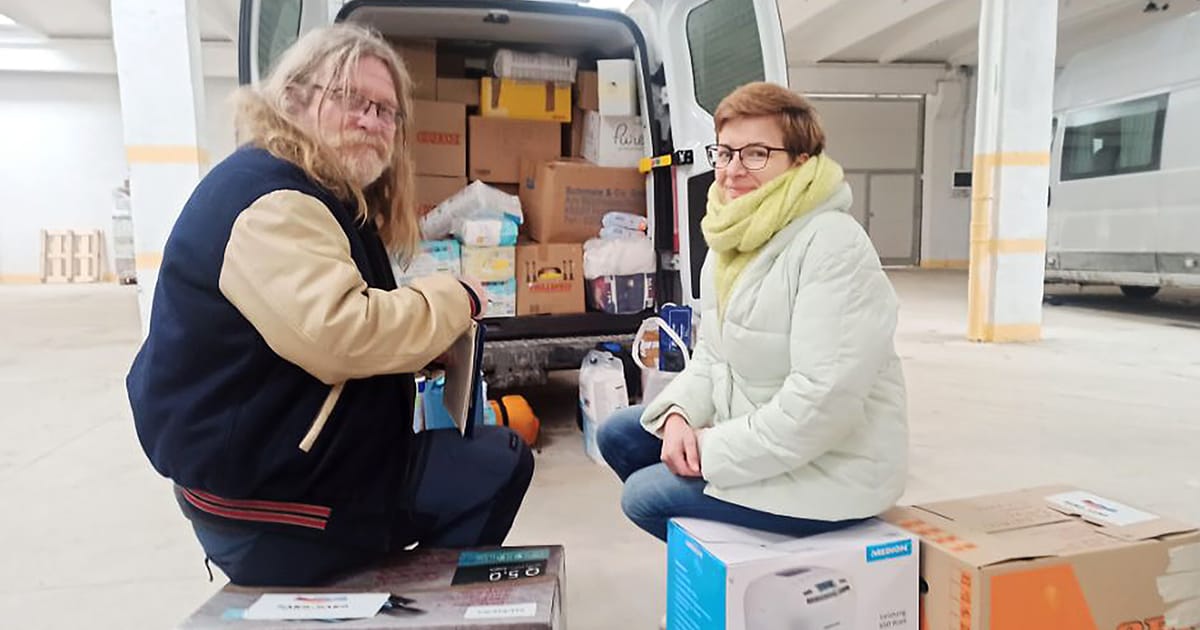 ‘Either we win or we die.’ Ukrainians join resistance to fight Putin

An unlikely army of beauticians, engineers and teachers mobilizes against the Russian invasion.

As Russia continues its assault on Ukraine, ordinary Ukrainians are fighting back. Julia Hrytsku-Andriesh, a 36-year-old mother of two, is the founder of Help Ukraine Romania. The group, which has a warehouse in the Romanian town of Siret, transports medicines, food, water, household goods and other much-needed supplies across the border to Ukraine, and shuttles people out of the hardest-hit areas.Hrytsku-Andriesh, though a lifelong resident of Ukraine, is a Romanian national. “I have a house and a car in Romania,” she said. “But running to Romania now is the last thing I could think about. It’s not going to happen. I am helping here now. There’s a strength of spirit in Ukraine now. No one is even thinking about giving up … Either we win or we die.” Igor, a 44-year-old former teacher who now runs an IT business, is ethnically Russian but has lived in Ukraine his whole life. He joined the resistance, he said, because he felt he needed to do something. Igor’s wife, whom he drove to the Polish border with their daughter when the war first broke out, is desperate to return to Ukraine, he said. “She wants to come back. She’s not a soldier … but she wants to do something useful, to help.”

As an ethnic Russian himself, did Igor ever consider supporting President Vladimir Putin? “I, as a Russian, am saying I don’t want Ukraine to be Russia,” Igor replied. “Russia’s narrative is they need to save Russians like them. But we’re not Russians like them. We’re completely different. The further we get from the Soviet days, the less we have in common with that Russia and those Russians.” Igor is currently hosting two Ukrainians from Kyiv at his home in Chernivtsi: 52-year-old beautician Olga and her 20-year-old son Boris, who is a computer programmer (not their real names). “They were bombing us from Day One,” Olga said. “We sat in a basement, in a bomb shelter, in the metro. The Russian soldiers came in from Belarus. And the planes, the Grad [weapons system], the heavy artillery. They bombed the hell out of us.” Twenty-year-old Boris is the only one in his family who is still pulling in a paycheck from his job in IT. Dad is setting up defenses of our suburb in Kyiv. “It feels so weird. The past few days I’m constantly anxious about my friends and family,” he said. “But dad is keeping his spirits up. My aunt in Hostomel has her cat. Things are difficult. But we’re not panicking.”
Click to expand...

I wish them safety and victory.

Silly people who listened to scam artist Z but not to Uncle Vlad .

Fancy fighting for Neo Nazis and US backed mercenaries and not realising what you are doing .

P.S. I am asking local bakers to donate bread and cakes to send to poor Russian soldiers caught up in this Neo Nazi war . And our ladies are knitting wool socks to keep the little darlings

“I really believe in our armed forces, who are doing their best for us,” Olga said. “Everyone believes. No one is even thinking that we could possibly be defeated. Everyone is ready to fight, from kids to the elderly. Because this is our land. I don’t want to go anywhere. I want to live in Ukraine. I want my child to live here, to grow up here, to work here.”
Click to expand...

Russia can never win this war.

@Rogue Valley seems to be one of the only posters here that understand how to combat the Russian/Fox News propaganda. He has never once waivered from starting threads about pertinent information/stories. He is one of the few that has stayed aggressive/offensive while sane people (naturally) relax when a threat (like Trump/insurrection) has been thwarted.